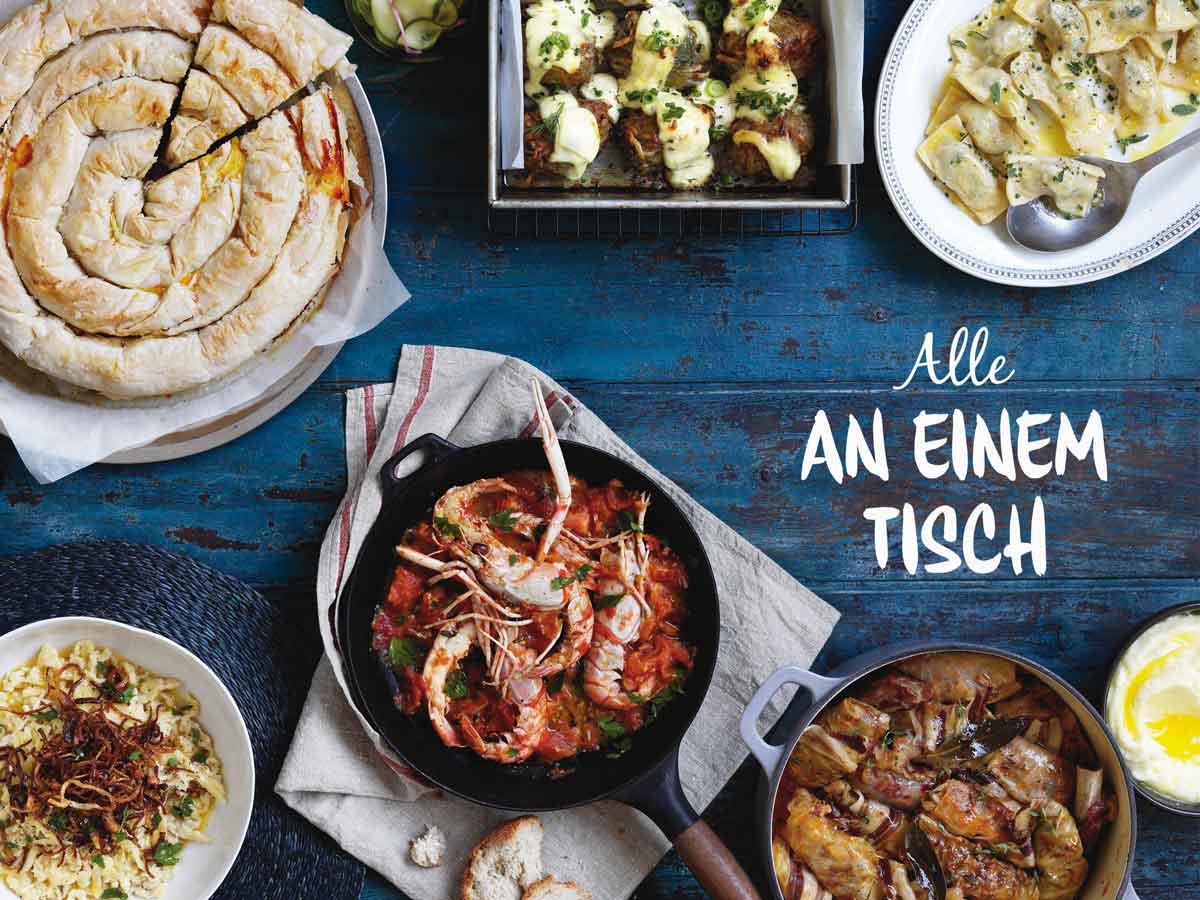 All at one table

When all partner companies of Telekom Austria joined forces to form the Telekom Austria Group, they wanted to communicate this newly formed alliance and its enriched cultural diversity in their upcoming sustainability report. With culinary impressions from the eight partner countries in the heart of Central and Eastern Europe the company was able to give the reader a taste for it. All recipes are signature dishes from their respective countries, which were selected by company wide internal voting.

To also communicate the facts and numbers we decided to design one book with two covers. 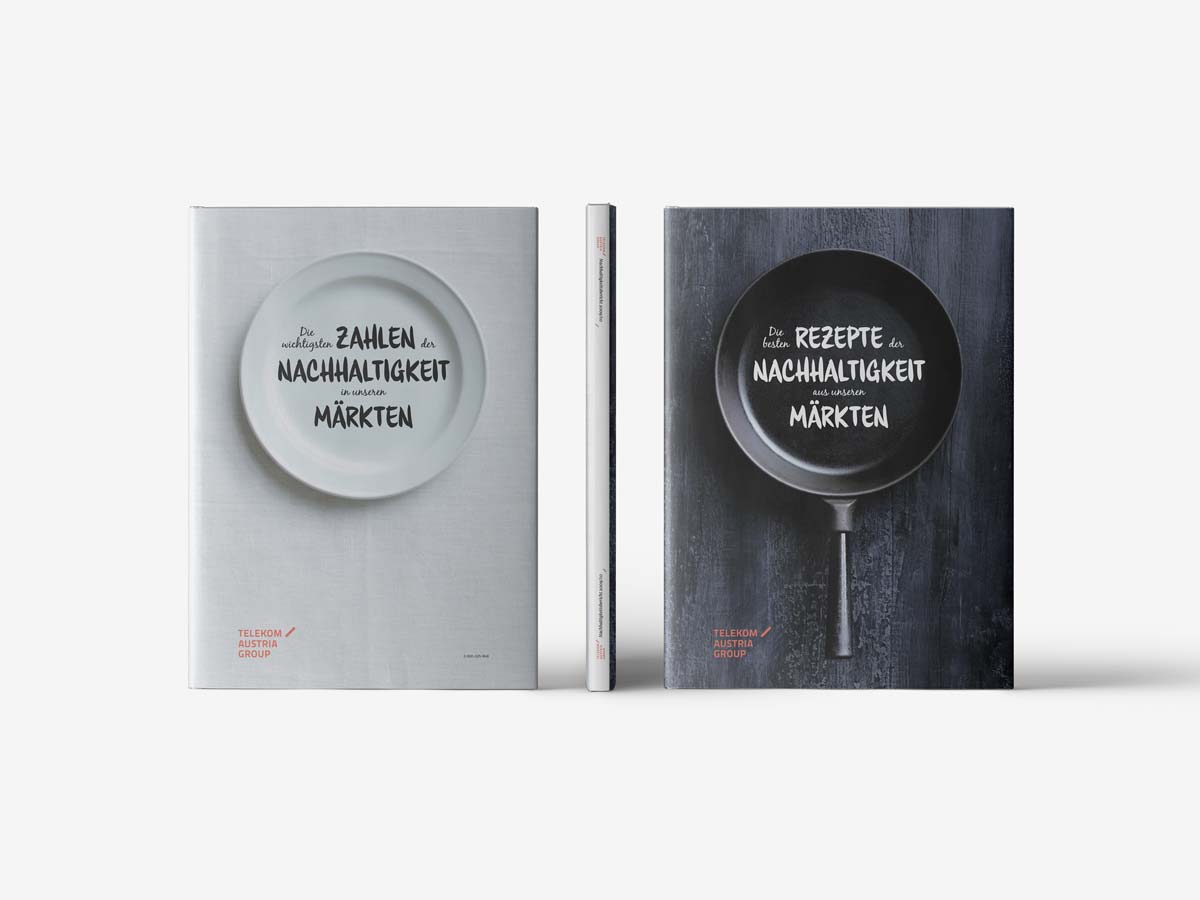 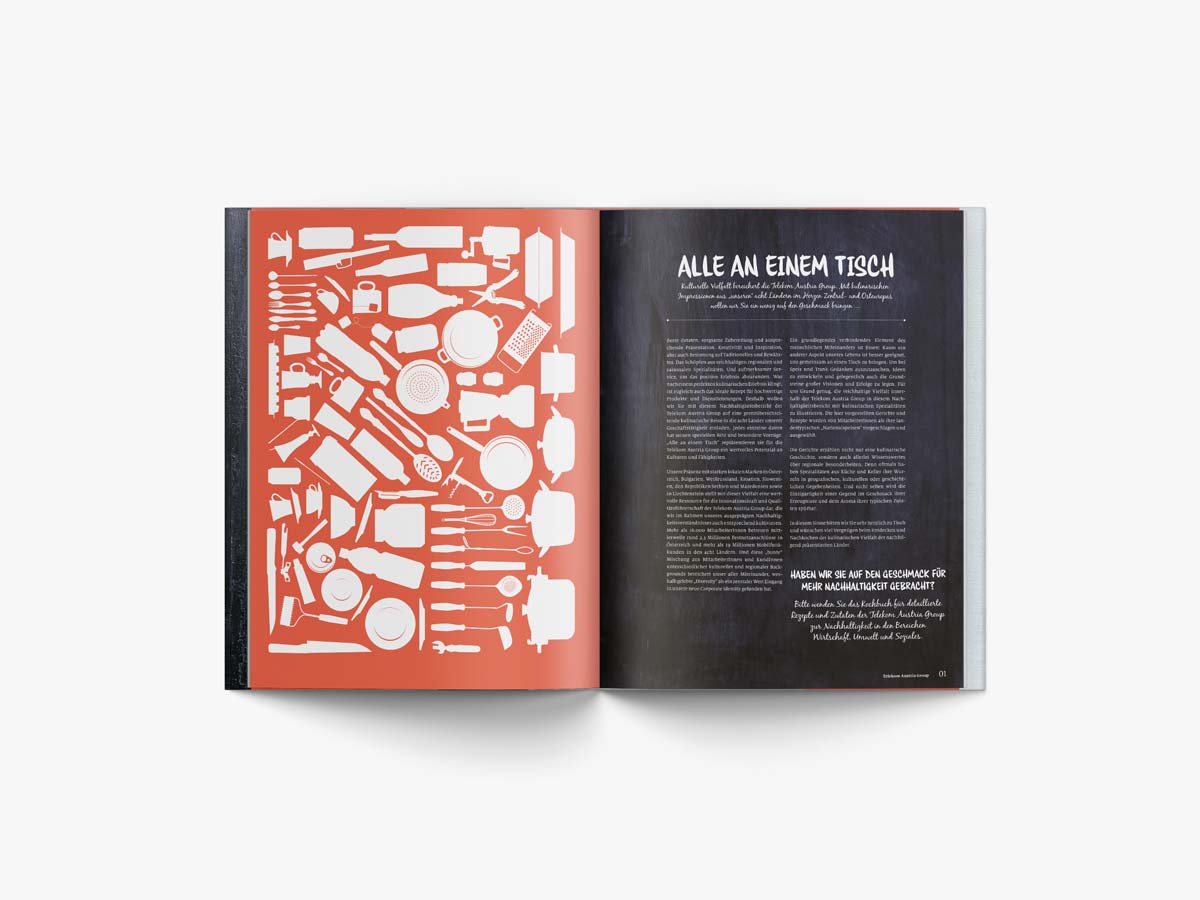 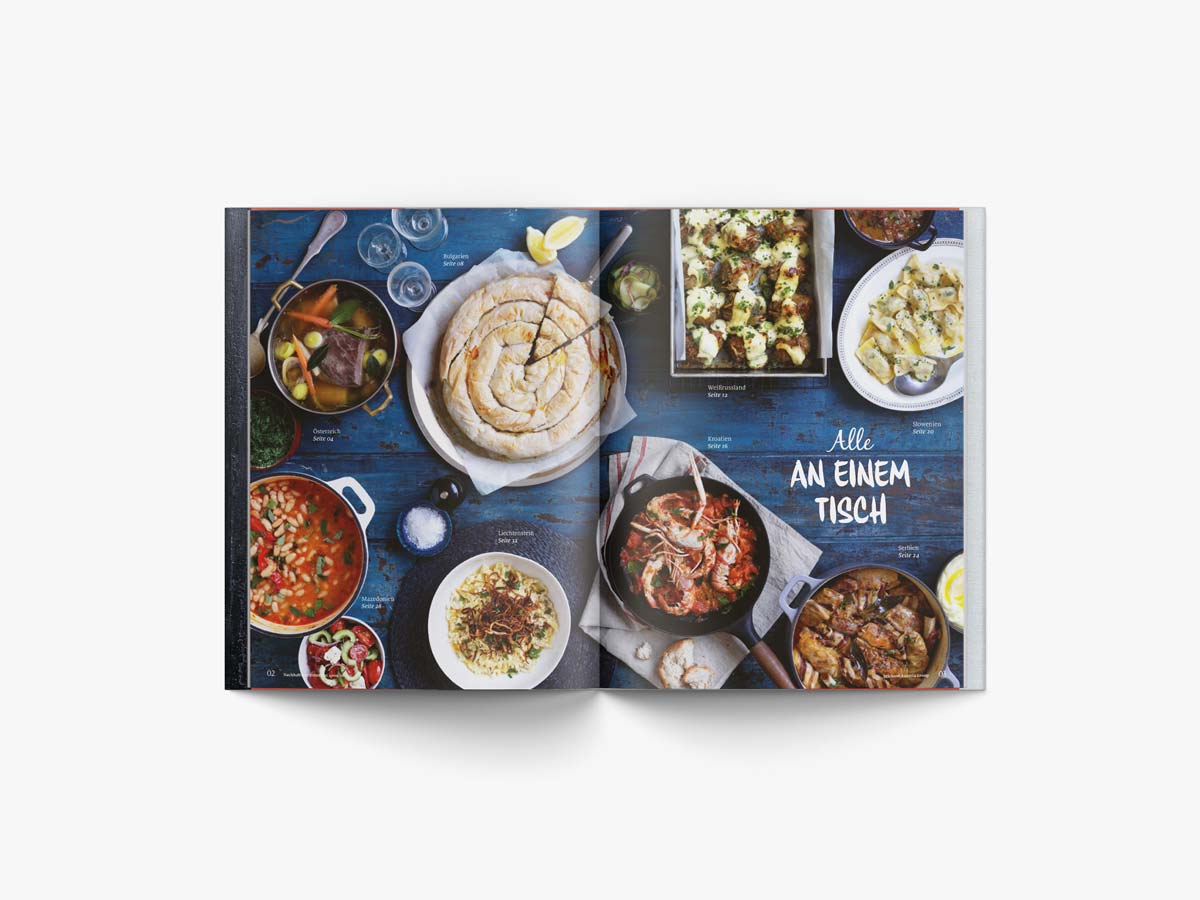 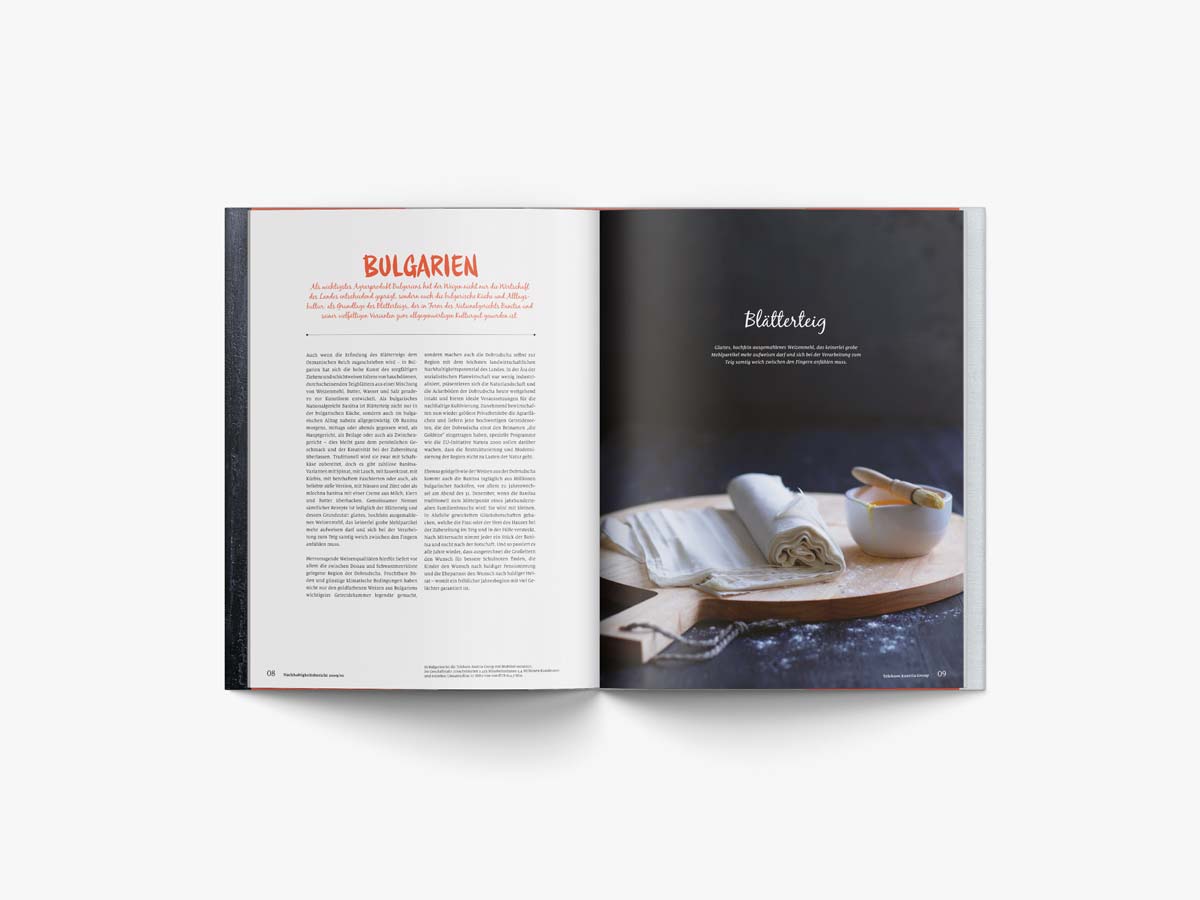 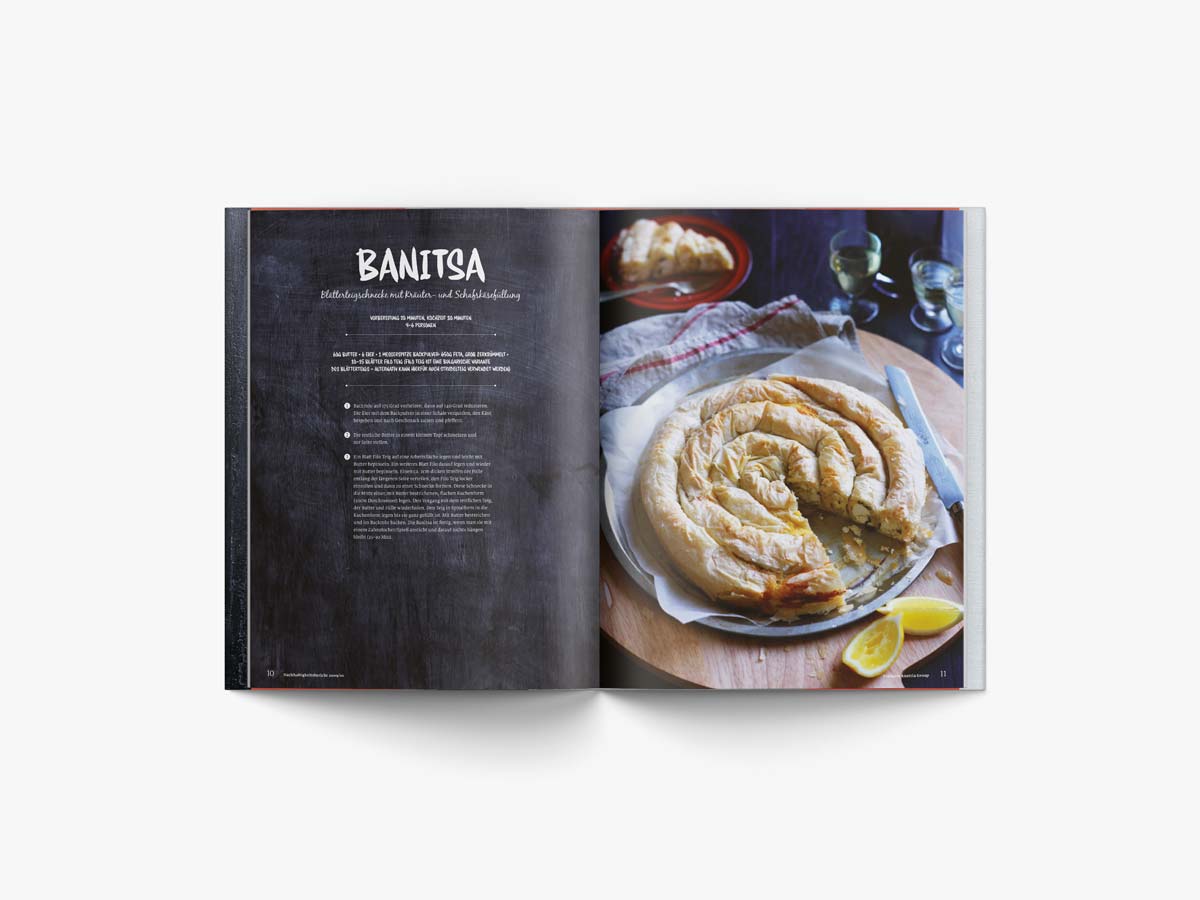 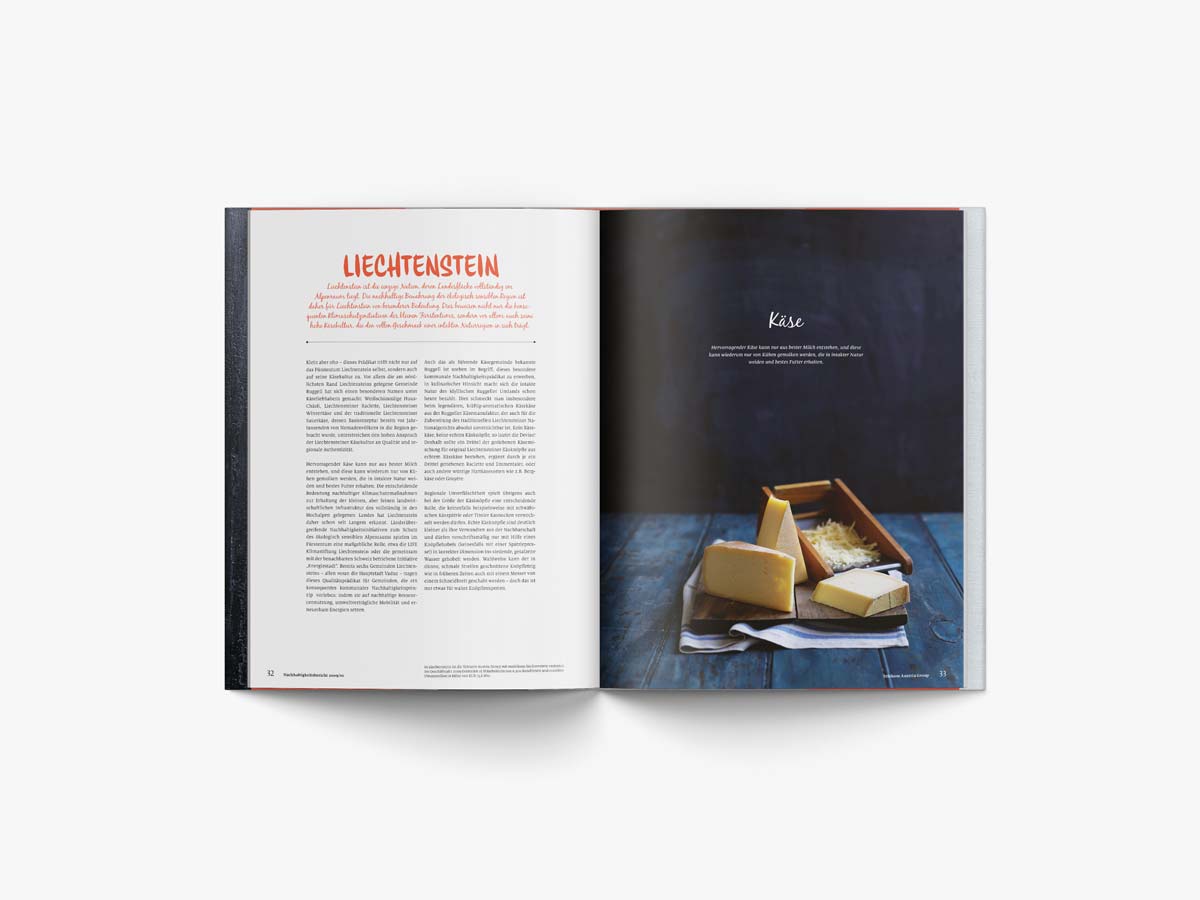 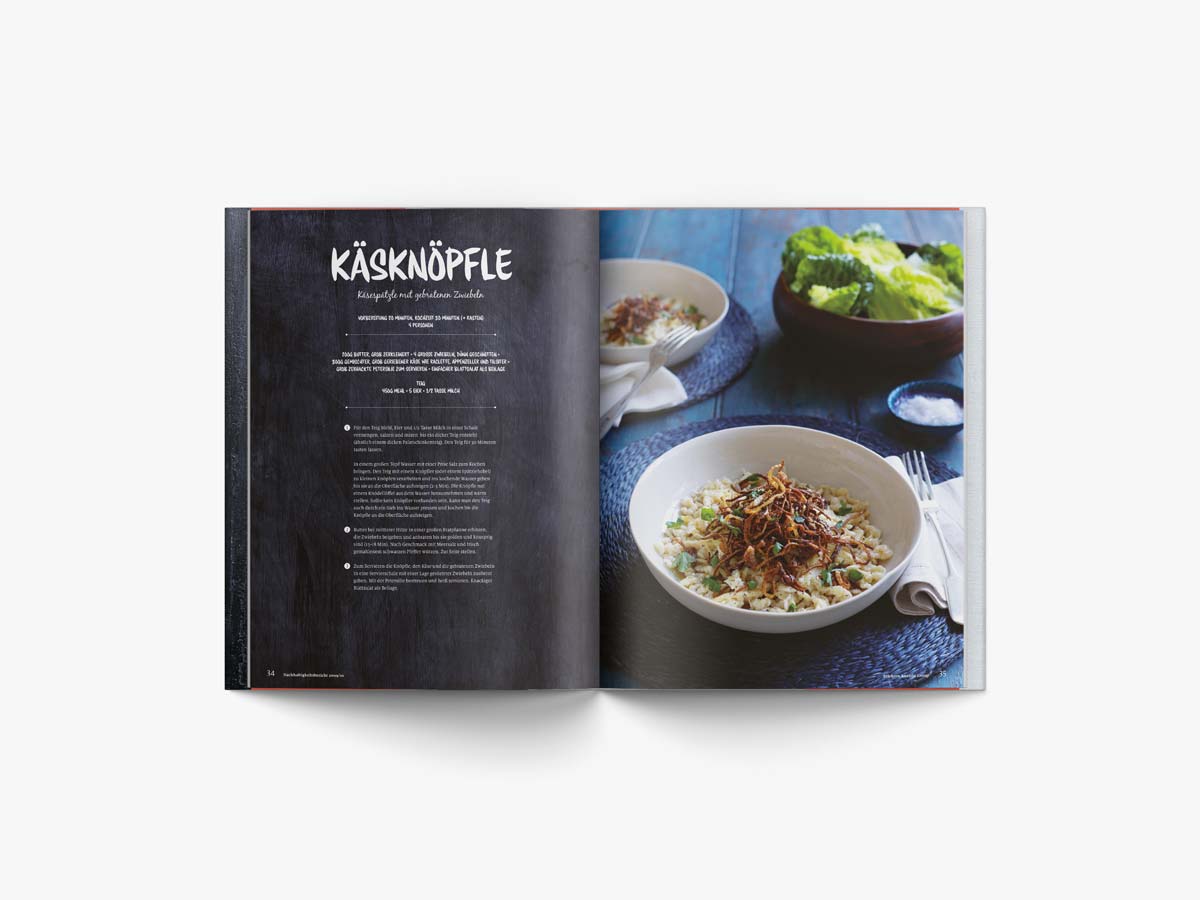 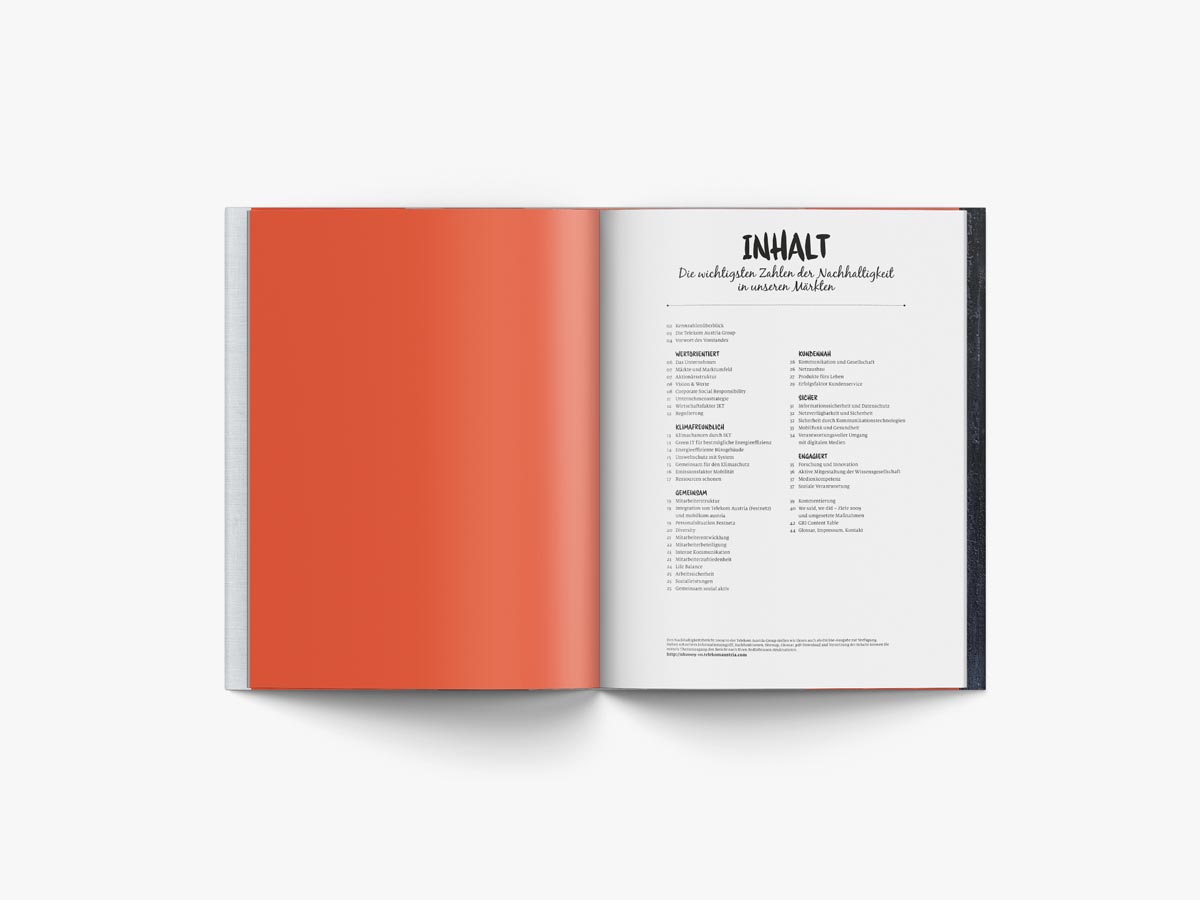 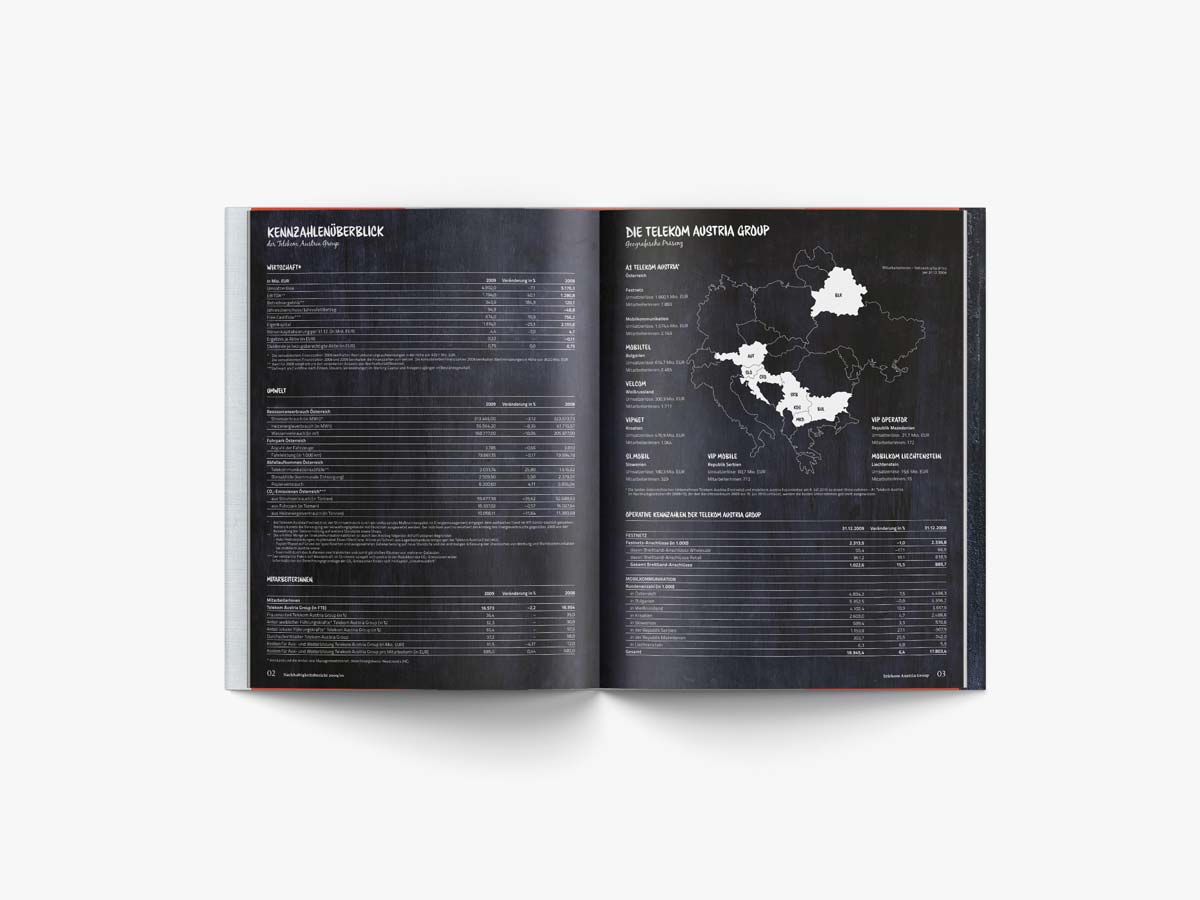 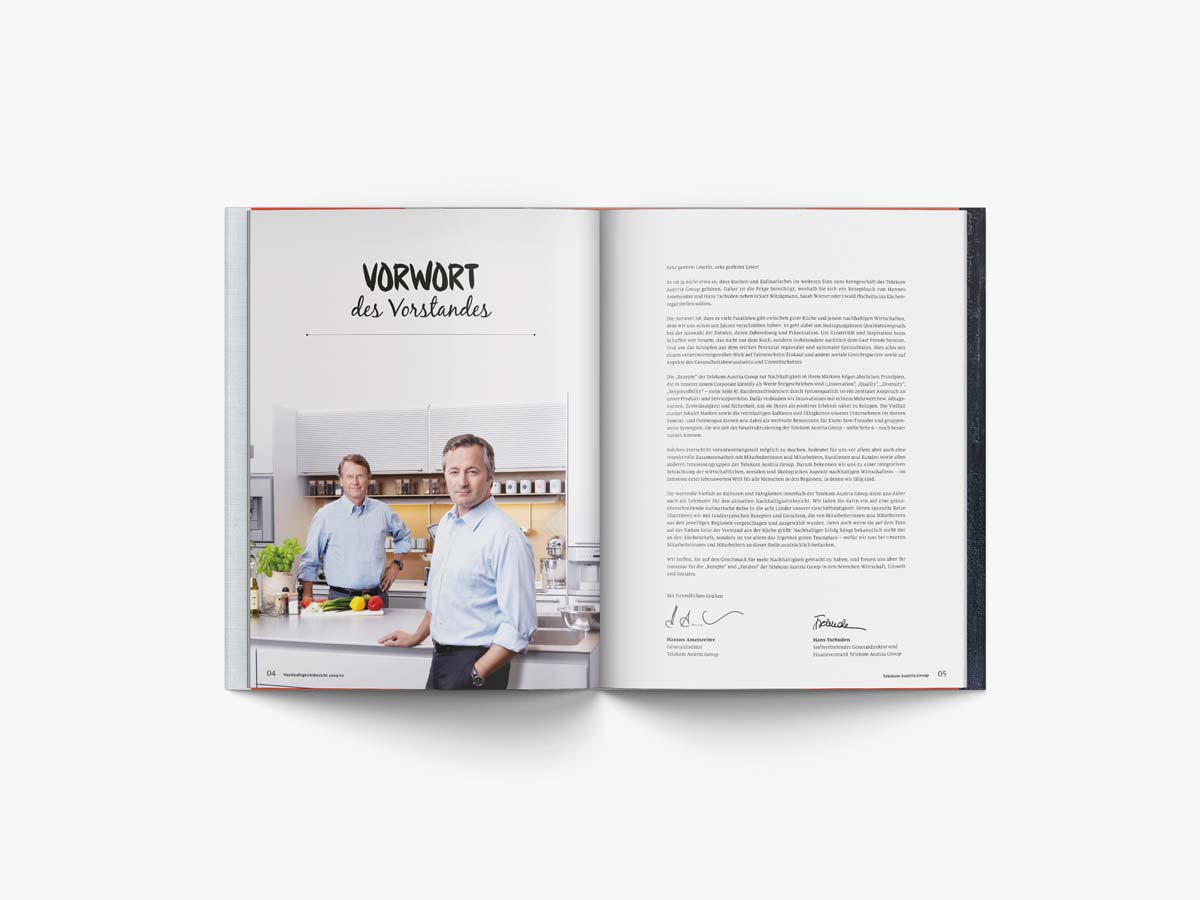 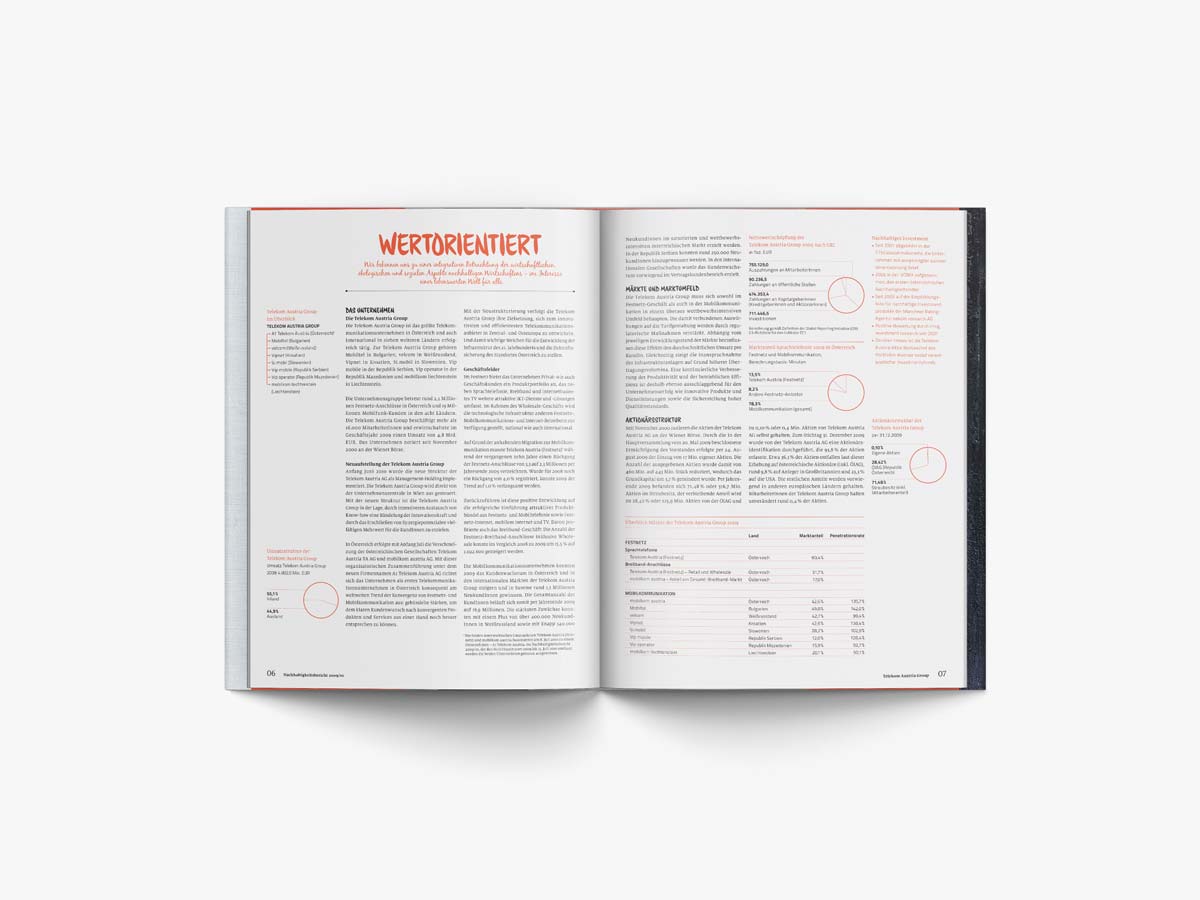